Long before I grew up and discovered FemDom, I learned that boys could be made to provide me with sweets and toys. As a teenager I demanded presents and cash or I'd snub any advances. The most powerful early experience I had was when one boy, Frank, from the youth club asked me out. I made that boy pay for me to go into the dance hall and give me the rest of his money so I could buy coca cola for myself. Back then I liked to call boys piggies so I told him that piggies don't need money. I needed all his money so he couldn't come in to the dance himself. He had to wait outside until I came out. What I loved was the power I felt as I took his pocket money and left him looking forlorn and waiting for me.... 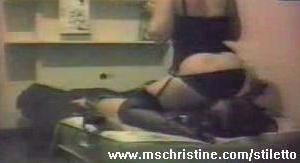 I had two boys in tow on the way home. I made pay piggie Frank walk behind us as I went hand in hand with Brian, the boy from the dance, who I was about to bring down and make my pocket-money slave too. I planned my next move to make them compete to be my cash slaves. As we approached my house, I made my first pay piggie Frank stand on the corner as Brian walked me the next few steps to my front gate. Piggie Frank watched as my soon to be pay pig Brian tried to move in for a kiss. I turned my lips away from him and he almost landed a kiss on my cheek. "Frank paid for me to go in to the dance so you have to give me your pocket money for a kiss," I told the new boy, who was obviously reluctant. So I crooked my finger and first piggie Frank came running from the corner. "It looks like you might win Frank, Brian doesn't want to pay for a kiss. Will you give me your pocket money next week as well for a kiss now?" Frank eagerly responded "Yes Christine....." 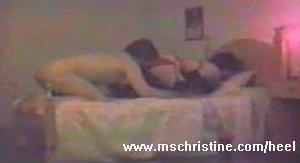 Handing over the pay packet

Brian quickly reached in to his inside pocket and brought out an envelope his Mother had given him that day with his allowance for the week. He went to open it, and I simply said, "All of it" as I held out my hand. Brian handed me the envelope and I slipped it up under my dress and into my knickers where I knew he wouldn't dare try to get it back. No doubt the glimpse of stockings that both boys got as I did this helped motivate them for what happened next. "You can both kiss me on the cheek now, not on the lips, you have to earn that....." 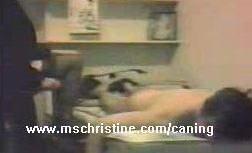 Both cash piggies leaned in to kiss me on the cheek. I told them both "The first boy to kiss my feet can take me to the dance next week." I couldn't tell which of them got there first, but there was no going back for me or for Brian and Frank. Both of them gave me all their pocket money every week for months and I'd invent new ways to be cruel to them every weekend. Back then I didn't have terms like finsub, or pay piggie, and certainly not financial domination, but I did on more than one occasion make the boys do things. I made them pretend to be pigs and snort as they kissed my feet. My favourite cruelty was to make the boys put a stinging nettle down into their underpants at the back and compete to see which one would leave it there the longest to prove they loved me most.

As I grew up I found more and more boys, and then men would do whatever I wanted. The bulge in the front of their pants soon attracted my cruel attentions, and if nettles were not handy, I carried a little tube of deep heat cream in my handbag. So I began to discover that some men seemed to like it when I made them suffer and please me sexually, but not allow them anything they wanted. I thought I was unusual, because other women I knew seemed to let men have their way with them, and even swooned over their hunks. But then in my twenties I met David and he showed me books and magazines which had other women enjoying the things I did to him, and things I hadn't even thought of doing, but realised I would really like to do (Waters of the Queen!). I've never looked back from discovering that exciting world of FemDom and what nowadays we call FinDom. They both quickly became the way I express myself. 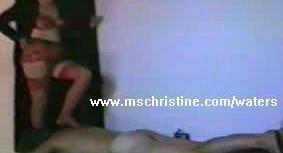 Now it's your turn to suffer to amuse Christine


All my DOMestic payment options via Verotel may be selected by clicking one of the buttons above.
But to suffer for Christine personally you must choose 5 years as your preferred option, and then you will be granted 5 months to prove yourself.

If you are not willing to make that initial commitment then I suggest you download one of my movies and content yourself with dreaming about serving a real Dominant. Click on one of the images here and download a full length video. You can now see me on your mobile phone and dream of serving me. Or you can get your 5 year password and write to offer yourself to be one of my playthings. I love keeping men in endless frustration, so do write and tell me how you plan to suffer for me. Beg Christine to be allowed to please me further!

In the Fem-Dom training program I took my work on the manuals one stage further and created software to help other women to learn how to dominate their men.

In Why Dom sub, you can see that after he showed me there was more to Fem-Dom than I had thus far discovered I was able to train and then encourage the submissive David to write his own explanation of how one becomes submissive. That led to him developing as an author and counselor and contributing more of his writing to my web site. He has since become a major help to many via the DOMestic blog. Through devotion to Christine a submissive can achieve a lot....